Neutralize Error 0xe000fe36 that is evoked during Veritas Backup Process 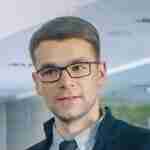 One can’t think of delivering or executing IT-enabled tasks or services without the assistance of an economical and user-friendly MS Windows Operating Systems. Things have drastically changed to create, save, and backup crucial data items on an OS.

Taking care of the data loss prevention, Microsoft has provisioned intelligent tools to produce authentic backup of crucial data files. One such utility is the MS NTBackup application, which can restore any data files available on Windows OS in BKF file format. Moreover, the smart backup utility allows you to save BKF backup at distinct locations like hard drives, zip drives, floppy drives, etc. Apart from this, there is another backup creation utility named as Veritas which also creates BKF file for backing up the critical data items.

It has been seen that the sole aim of producing .bkf file for backing up of the data to avoid any data loss turns into vain when the corruption is spread in the BKF file itself. In view of this, many Windows users have encountered with Backup job fails with error 0xe000fe36 which halts the BKF backup process and corrupts all data files that have participated in the process.

One might blame the following reasons for an incomplete and inefficient backup process that subsequently corrupts the BKF file and shows the a000fe36 HEX or e000fe36 HEX error codes.

And the list of unexpected reasons behind the “Backup job fails with error 0xe000fe36” continues to confuse you further which signals the necessity of an immediate action to deal with corrupt BKF files.

You can engage with various features and functionalities offered by Microsoft Windows OS, NTBackup app, and Veritas backup application to scan and report the incident. Before taking the assistance of backup applications, it is advised to run the Windows Event Viewer for inspecting the entries when the problematic backup interruption occurs. Apart from this, go through the following steps:

When you are using the Veritas backup application, you must activate the Advanced Open File Option (AOFO) which diminishes the probability of BKF file corruption when certain files are opened by several other programs. To activate this feature, perform the following steps:

What to do When Advanced Open File Option Fails?

While performing the Veritas backup creation process, if the AOFO feature didn’t helped you to avoid BKF file corruption, then you can look on to the following recommendations:

During this time-taking troubleshooting process, it is not guaranteed that the restoration of entire corrupt BKF data files would be accomplished. There are scenarios when the backup BKF file corruption leads you in a state where the recovery is impossible. Hence, to claim all data files safely from the severely corrupted BKF file, you must deploy the trustworthy and intelligent third-party repair BKF file solution.

Recoveryfix for BKF is an advanced and rich platform that proactively assess and cleans BKF corruption with the assurance of restoring all data files. The software works formidably with the latest versions of NTBackup application, Veritas backup exec, and Windows OS. 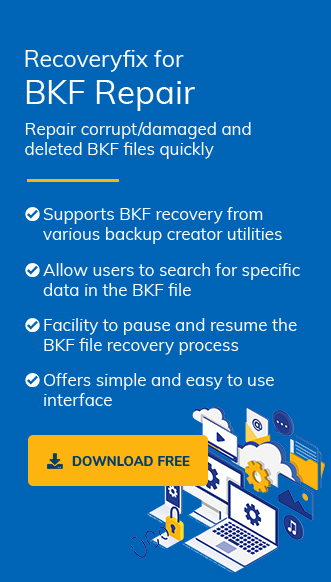